TOP OF THE MOUNTAIN: START YOUR NEW YEAR AT THE TOP – NOT THE BOTTOM 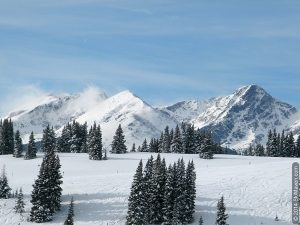 HartChart users are familiar with “The Top of the Mountain” signpost on the HC story mapping tool; aka “As Good As it Gets”. The definition of the TOTM sign post of your character’s journey reads:

“If you are drawing a picture of your narrative, TOTM is the near center point of your narrative story. The highest point you have reached. Your Main Characters have made progress toward their goal, and even realized major/minor victories over obstacles to reach the TOTM. Everything seems to be going according to plan. There is a false sense of security as they reach a major summit. Now they must spend the rest of the story trying not to fall down the mountain.”

This signpost could also apply to this writer’s life and does, as I will try to demonstrate.

Try this for yourself; exchange the word “narrative” in the first sentence with “year”. You have spent the last year climbing your story mountain, facing and overcoming obstacles, making progress, encountering setbacks to get to the top of your mountain.

Now, at years end, around the world, we celebrate the outgoing [often with good riddance] and herald the incoming year with hope and new expectations.

You have spent a year surviving, succeeding, salvaging, saving, strategizing to get to this peak. Now what?

I am about to make a leap here and hope to take you with me. This installment is alife metaphor, which all writers are cursed and gifted with recognizing in their own lives —

Albert Jones Hart[1920-2014], my father, did not learn to ski until he was 47, became an instant die-hard ski-bum, and skied until he was 85, with me, and anyone else he could roust earlier enough to be the first one to cut new tracks in the snow.

Our family tradition was to meet in Vail Colorado the day after Christmas and ski the last week of the year. This tradition continued through marriage, grand kids, deaths in the family, career ups and downs, and several dogs.

This was the glue that held our family together.

My wife, Judy, learned to ski in a week in order to participate in our family tradition.

I took a loan on my car one year to have enough money to make the trip.

If you are applying the signposts from the toolkit to this scenario, then just driving from Denver to get to Vail and that top of the mountain is a mine field of obstacles and recurring setbacks; blinding snow storms, icy roads, avalanches and falling rocks blocking the highways –

One stretch heading over vail pass has a series of yellow warning signs that might as well have one that says “The end of the world as we know it.”

Crossing the old Loveland Pass was always the ultimate driving challenge and interrupted many a drive to the West when closed because of severe weather conditions.

Finally, after years of constructing an engineering marvel, the Eisenhower Tunnel feeds traffic from Denver to Summit County ski areas right through the heart of the mountains, neutralizing a formidable obstacle to reaching “the top of the mountain.”

Encountering, navigating, and getting past all obstacles is how important this gathering became to my family and the friends who would join us. Vail was our Mecca and we had to get there come hell or high water. No excuses and no retreats. 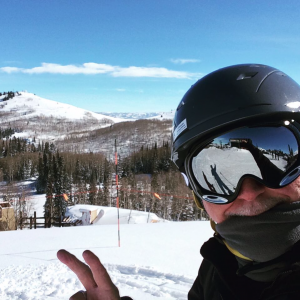 So what the hell does this have to do with writing?!!

Hang on…I’m getting there.

The New Year’s Day Top of the Mountain Ritual

While everyone else was hung over and sleeping in, Al was up to be the first in the lift line and made sure as many of us were with him as possible. I always made it just in time.

His ritual was simple; take the Gondola and three lifts to his fave run, “Lost Boy” – literally the top of the mountain – spend some reverent moments taking in this magnificent view of creation, count your blessings from the last year in spite of the ups and downs, and then set goals for the coming year, knowing that to achieve them would require hard work and determination.

And then you made that run from top to bottom, with confidence, recharged karmic batteries, focus, determination, skill and stamina to navigate the steeps, the bumps, the jumps, the powder, the glare ice, and the wide open stretches of snow heaven, nature’s “Cinderella Moments”, to the end of the run.

It never occurred to me until this week when I was searching for a year-end message to share, that my Dad’s Top of the Mountain New Year’s Day ritual profoundly applied to my writing life.

Try this on your own for your New Years’ Day ritual after the black-eyed peas and cornbread feast.

List those projects and writing goals you have for 2019 and start at the Top of the Mountain, instead of the bottom.

And as you “go with gravity” on that downhill run through the new year, navigate those obstacles and roadblocks and abysses and highs and lows with confidence and the skills you have in your arsenal of story-telling tools to earn that Satisfying Ending at the end of your run.

This year, I plan to go to the Top of That Mountain, where my Dad started many New Years, and spread his ashes, as I make that run and to say thank you for inspiring me to have the confidence, the skill, and the determination to type “The End”. 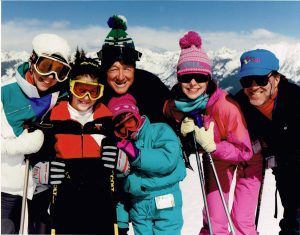 Brain Blizzards to you in 2019

Look for the online masterclass in March.